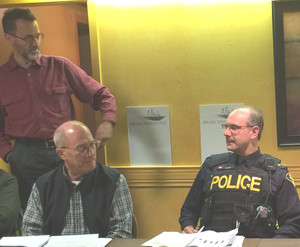 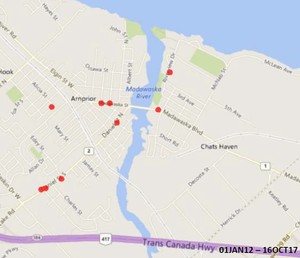 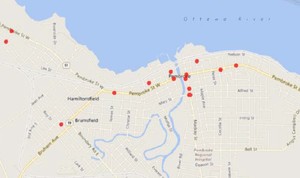 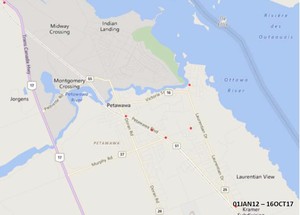 RENFREW: Forty two cyclists were in collisions reported to the police in Renfrew County, and one was killed, between 2012 and 2017, according to figures compiled by the Ontario Provincial Police.

Sgt. Rob Guty, of the Renfrew Detachment, addressed a meeting here on November 2 of the Ottawa Valley Cycling and Active Transportation Alliance (OVCATA), offering detailed analysis of accident reports collected over five years. Most of the collisions, he said, happened in built-up areas like Petawawa, Pembroke, Renfrew and Arnprior. The only fatality, however, happened on Highway 17 near Petawawa.

Drivers, he said, are learning to be respectful of cyclists, but the process takes time. "Education is the way to go," he said. "There is new legislation that concerns drivers and cyclists, and everyone needs to learn about it."

Some of the most important changes include:

- The new one-metre passing law. The penalty for not leaving a minimum one-metre passing distance can be up to $500 for drivers who contest their ticket by going to court. Upon conviction, two demerit points will also be assigned against the individuals driver record.

- "Dooring." The new penalties for improper opening of a vehicle door (for driver or passenger) are a set fine of $300.00 upon conviction and 3 demerit points. The total payable fine is $365.00
- Allowing cyclists to use intermittent flashing red lights. Red flashing lights were previously not allowed under the Highway Traffic Act even though the majority of cyclists were already using rear lamps that produce intermittent flashes of red light to make themselves more visible to others.

"The cyclist is at a big disadvantage in the event of a collision," said Sgt. Guty, so it's important to take every possible opportunity to educate drivers and cyclists.

OVCATA members engaged the Sergeant in animated discussion about safety and about how to inform the public of the new law. "One of the things we'll be looking at in future, as a result of Sgt. Guty taking the time to speak with us, is advocating for more educational efforts from the Ministry of Transportation of Ontario and doing more as an organization ourselves," said OVCATA chair Ish Theilheimer.

In the photo at the top left, Peter Hageraats (standing) and Ron Moss of OVCATA talk cycling safety with Sgt. Rob Guty of the Renfrew OPP. The three maps show locations of bike collisions in Petawawa, Pembroke and Arnprior reported to the OPP between 2012 and 2017.