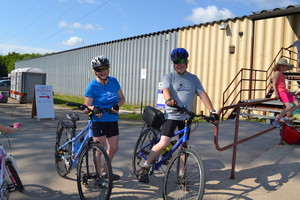 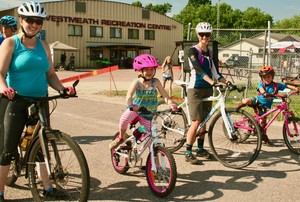 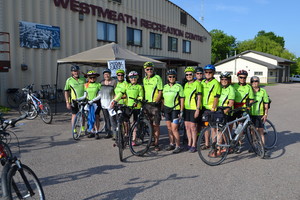 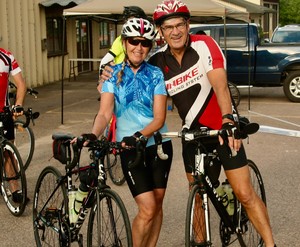 The records that this year's Tour de Whitewater set show how important cycling can be as a generator of community health and spirit, and also economic activity.

Members of the Ottawa Valley Cycling and Active Transportation Alliance (OVCATA), which helped with, and received support from the event, feel the Tour provides a great example for other communities. On August 18, it's Eganville's turn, with the Tour de Bonnechere expected to attract hundreds of riders.

"The people of Westmeath have much to be proud of," said OVCATA President Ish Theilheimer. "Dozens of volunteers made it a great event, and the Tour clearly did a lot for its community."

After the rides, there was a "Bike and Brew" barbecue social featuring entertainment and local craft beer, cider, wines and spirits that entertained hundreds of people through the afternoon.

"It was definitely a record-setting year for us, with 435 riders registered with 416 riding," said Tour de Whitewater Chair Cathy Williamson.  This year, a record number of local people took part.  Approximately half the riders were from Renfrew County, of which 80 came from Whitewater Region, with another 84 from Ottawa and 108 from Toronto, Waterloo, Kitchener, Sault Ste. Marie, Mont Tremblant and other towns. "The numbers show how many people locally are cycling and also the economic potential of cycle tourism."

There were six different rides ranging from 10 km to 150 km. About $13,000 was raised to begin building an 'Active Living Rest Station' in Westmeath, after $870 was given to the Whitewater District Recreation Association (WDRA) and 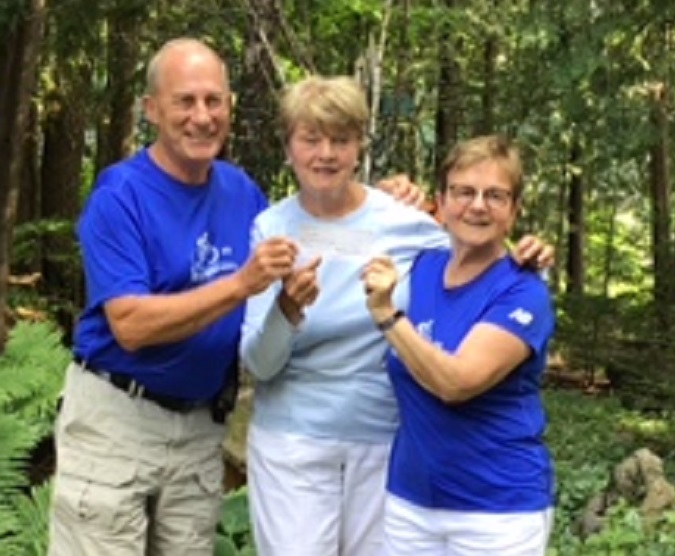 $870 to OVCATA.  "We hope OVCATA will organize an education plan to assist motorists and cyclists to learn the rules and rights of the road," she said. "The one concern we heard in the community was that cyclists were all over the road upsetting drivers. Lots of education is necessary so that both groups learn to respect the rights of each other." In the photo to the right, Ron Moss and Pat Krose of OVCATA accept $870 donation from Tour de Whitewater Chair Cathy Williamson.

OVCATA activists took part in planning sessions throughout the year, advised on routes and set out and retrieved markers for them.  "We were really pleased to help," said OVCATA's Secretary Ron Moss. "We are very thankful for the support we received, and we expect to plough that money back into promoting safe, active transportation and cycle tourism in the County."

"We will continue to encourage people to care for their own health and well-being through active participation in events like the Tour.  Thanks so much to all who participated in the cycling and in the Brewfest party afterwards.

Next year, tour organizers are planning a family ride that will cost less in hopes of attracting more young people.

OVCATA launches Bike Bank so everyone can ride
Do you, or does someone you know or love need a bike but can't afford one? If you're in or near Renfrew County, contact    ...